We knew we were flying against the wind.  The year was 1961, John F. Kennedy was our President.  The Space Race was on…The Russians put Sputnik into space, Fidel Castro maintained his iron grip on Cuba, the Berlin Wall went up…….. 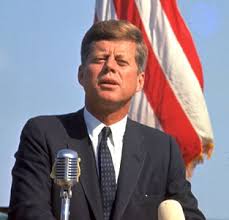 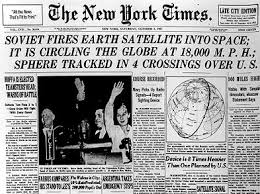 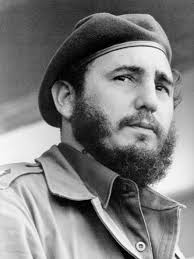 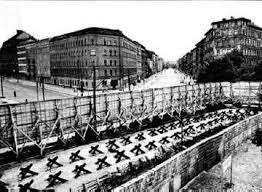 …and 4 little girls watched their mom standing on the runway at Newark Airport, as her babies flew away to California without her.

This is the earliest recollection of my life.   When my mom took us to the airport, I was 5 years old and my sister Bambi was 3.  My older sisters, Shelly and Mindy were 8 and 11.  We all got on the plane with our mom and fastened our seat belts.  We were going to see our dad in California!   My mom got up to go to the bathroom on the plane (or so she said) “I’ll be right back.” she said shakily.  The plane started to move down the runway while she was still gone, we looked out the window of the plane and saw her outside!  We were all confused and scared and crying (mom was crying too!)  when the stewardess came up to us and explained that we were going to be meeting our father in California when we landed and that our mom wasn’t going with us!  I just remember being shocked, scared, worried for my mom and feeling very little.

Our little brother John was born just a year ago.  He went to live with a friend of our mom’s (We called her Aunt Celia) while we went to California. Why we left him, instead of taking him with us, is a whole story in itself.  She lived somewhere along the Jersey shore and had a real nice place with a sign outside the wooden gate that read; The Pink Whale.   Sand everywhere.  The driveway was sandy, the road was sandy and the beach was just outside her door!  We have great memories of playing on the beach.  We loved it there.  If I had to leave my baby brother with anyone, it would be with Aunt Celia.

When we got to California, we went to live with a friend of the family.  Bill and Juanita took us in.  They lived in Sunland-Tajunga in Los Angeles.  She had children and a house big enough to take us all in.

In 1910, a Los Angeles Times correspondent wrote about Sunland:

The place is aptly named. . . . one gets no inkling of the beauties till he is right in the town. Great live oaks, scattered with Nature’s reckless disregard for expense, give the place a stately quiet. . . . In the center of town the oaks are so thick that the sun is baffled, and this section has been made a public park, which is the Fourth of July and general hot-weather rendezvous of the country round, from Glendale to San Fernando.[13] 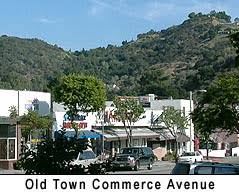 When our dad married his new wife, Della.  She had 2 children of her own.  Cheryl and Carol were about the same age as Bambi and I were.  We had very little to take with us when we moved into Della’s house, except a few packed clothes and a single stuffed animal.  No toys.   Cheryl showed us their toy box, and quickly added that we were not to touch or play with any of their things.  Looking back, I wonder how someone could get that smug at such an early age.  We didn’t like it, but Bam and I would have to adjust.  At some point they popped me in the tub for a bath with Cheryl.  I was happily playing in the water until I saw poop floating around in the bathtub!  I called for Della, “She pooped in the water!” I complained, clearly horrified as I tried to get out of the tub.

“That’s O.K. Bonnie, she needs to go, and the water helps her to relax, so you just stay in there until she’s all done, alright?  You keep her company.”  I objected as loudly as I dared, and my dad came in and confirmed the plan.  I was doomed for the next couple of years to sit in the tub with Cheryl while she “relaxed”!   I can’t tell you how much I dreaded my bath time to get “clean”.   So, I set myself as far apart from Cheryl as I could.  I wouldn’t even talk to her, and pretended I was a mermaid in the water, all by myself. 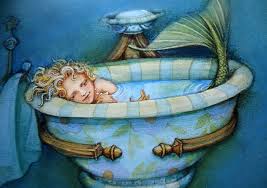 Bambi and I would visit an Asian couple who lived on the grounds, or so it seemed.  I may be mistaken, but it seemed like they were living in a cottage on the outskirts of our yard.  They were always really nice to us.  They smiled and greeted us by name and invited us into their little hut.  I thought they were caretakers or something.  But, we visited almost daily, mostly because we felt so accepted by them and we knew they would give us plenty of  buttered toast with sprinkled sugar on top!

As little children we loved the attention and the sweet treats.  No wonder I was so enamored with the Golden Books and fairy tales in my early teens.  I must have felt that I had already lived the Hansel and Gretel story, with Bambi and I as the main characters, complete with the wicked step mother and step sisters! 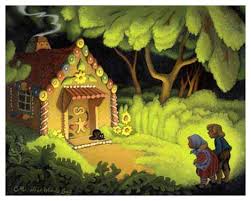 We got a chance to visit our aunts and uncles at our grandmother’s house.  We gathered together once a week for large family dinners that my grandmother prepared.  We had classic Italian foods like spaghetti and meatballs, pasta fagioli and grilled cheese sandwich’s between slices of buttery crusty Italian bread. 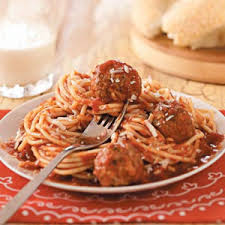 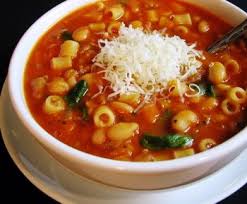 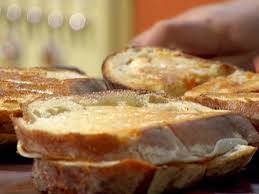 Bambi and I would sit on the living room end tables with our butts on the long end, facing the small table on top.  Our legs fit perfectly between the two tiered wood sections and our food was served on the top layer! Waa Laa!  The perfect seat for a kid!   We loved it, and to this day, I keep an eye out for these same style end tables from the 50’s to use for my own grand children to eat on.

One of my happiest memories of that time in my life was taking rides with my dad and the other kids in the back of his 1953 Chevy Pick up truck.  We would huddle together in the back and dad would take us for rides into town and around the back roads and we would sometimes pack a lunch and stop for a picnic under a shady tree somewhere. 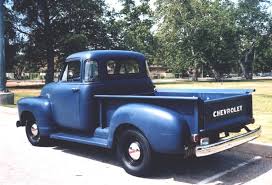 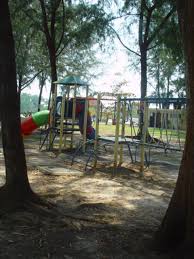 For 3 years we lived with our “California Family”, as they all proudly referred to themselves.  I don’t remember getting any letters or phone calls from our mom during that time, until one day…..