It was a weekend in mid summer as I recall, my mom was looking forward to getting all her little one’s to bed so she and dad could have some time to them selves. She would tell us about the Chicken Coop Show and that if we didn’t go to bed, the show could not go on.

It seems that all the chickens from the hen houses in our neighbourhood came out every Friday night to gather in the chicken coop in our back yard for an evening of music, food and friends. Featuring the “Punk Rockers”, an exotic breed of chicken we ordered from the catalogue last Spring.  These hens have long drooping plumage sprouting from the top of their heads. So, when they walk, in the funny way that chickens do, the feathers dance all around their heads. This makes it look as though the hens are dancing too!  Their heads bobbing forward and back as they walk. Their feathers bouncing up and down like a colorful burst of fireworks with each step.  I will never forget how Aunt Mary laughed and laughed at the site of them every time she came to visit us. 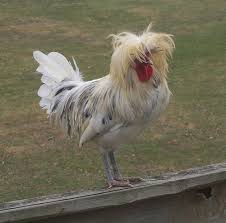 Now because this was such a big event in our neighbourhood, and all the chickens for acres around would come, the hens decided they needed a body guard – a bouncer, they called it – someone to greet the chickens when they came to the door and make sure no one got in who might be a trouble maker.  When they found just the right chicken for the job, they explained that a trouble maker is someone who is pushy, inconsiderate, rude or bossy.  Fluffy was chosen to be the official bouncer because of her large size and her peaceful nature. 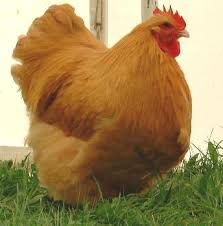 In the farm house we lived in, one of the upstairs bedroom windows faced out towards the chicken coop. A huge weeping willow tree stood outside the coop draping it’s graceful branches over the roof so the coop stayed cool in the summer.  Any little breeze set the whole tree sighing which sounded just like a giant taking a long soft breath.
The 3 little girls and 3 little boys who lived on the farm were happy to play in the yard all day.  They loved to climb trees and play hide and seek with the chickens and each other. 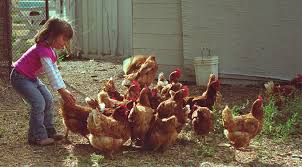 As the summer time crept up on them, the nights got longer and lighter.  Soon the children found themselves in bed while it was still light out.
“Nooo!” they would all wail to their mother as she herded her family up the stairs to bed.

“It’s still light out! Can’t we stay up for a little while longer?”  But before they knew it, all their prayers were said and they were tucked into their beds.
One night, Laura and Jenny decided to stay up late and sneak out to see the chicken coop show.  Laura fell asleep, so as soon as it got dark, Jenny tip toed to her sisters bed so as not to wake up Jesse who was too young to stay quiet about such a secret operation.  Laura woke up and the two girls went as quietly down the old creaky stair case as they possibly could. At one point they heard their father snoring where he had fallen asleep on the couch in the living room. 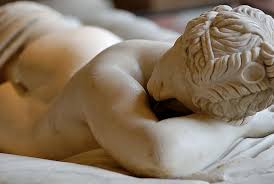 So they stood still as statues until they were sure that he was not a danger to their mission. Soon they were at the door to the house. They quietly slipped on their shoes and turned the door knob, ever so slowly…..they cracked the door open and slipped into the night. It was a moon lit night and the girls could make out every star in the clear blue-black sky. The moon shed enough light on the yard for them to make their way to the back of the barn.

Laura directed her younger sister Jen to stay still and wait with her for awhile until they could scope out the situation. The girls waited and listened. The coop was just a few yards away. They could see light coming out of the chicken wired windows. They thought they could hear the sound of music as it wafted over the night air. They waited…..

Finally, Jen said to Laura, “I’m tired of waiting. I want to go and find my Fluffy.”  So before Laura could reel her sister in, Jen had taken off in the direction of the coop to look for her favorite hen.

Laura tried to whisper after her to “get back here!” but Jen either didn’t hear her or didn’t care to.  Jenny was out of sight now and all Laura could hear was the sound of the weeping willow tree sighing in the cool night air. “Jenny….” Laura called again…. Nothing. “Oh, great! Now I have to go out there and try to find her.” Laura slid out of the shadow of the great barn and stole a few steps forward. She wished she had taken a flash light with her. Even though the moon was up it seemed to cast an eerie glow on everything it touched in the familiar yard. The basket ball court was lit up in shades of grey and yellow. Her fathers tractor cast long dark shadow on the bikes she and her sister had left out in the yard that afternoon.

“Where is that girl?” Laura thought. She stopped near the Willow tree when she heard something strange. She looked up in the tree and to her surprise she saw Jenny sitting on one of the low branches with her hen Fluffy tucked under one arm.

“Jen?” Laura whispered. Jenny said nothing. She seemed to be in a sort of trance as she looked straight ahead of her into the dark night. Laura turned her gaze to follow her sisters. She needed a minute for her eyes to adjust to the light coming out from the coop windows. All of a sudden Laura let out a gasp! “What’s going on?” she asked her sister. Jenny shrugged. Both girls kept their eyes on the coop.

They watched as a large shadowy figure seemed to float into and out of view. Someone or something was in the coop with the chickens, but the chickens were no where in sight. Once Laura got up the nerve to move her feet, she headed for the coop. She planned to hide just under the window. She crouch, walked up to the window and ducked down to catch her breath. Her heart was pounding in her chest. She could see her sister more clearly now with her form against the back drop of the moon. Laura waited for the shadowy figure to pass by the window once again. Then she stole a quick glance into the room. “No chickens..” she said almost in a whisper.

“I still hear the music, do you?” Jenny asked from the branch above. Laura nodded. The music was soft and low. When the shadow came near the window again, Laura ducked and waited. She held her breath when the figure seemed to linger over her hiding spot. She wanted to run, but instead she reached down to the ground for any thing her fingers could find. She had a smooth round rock that fit the palm of her hand.

” I hope I don’t have to use this..” she mused. “It isn’t much for protection, but if David could slay Goliath with a stone, I may be able to buy us some time to make a run for it….”  The shadow passed. Laura breathed again. Suddenly, something occurred to her. 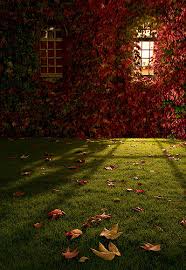 She glanced up at her sister to try to get her to come down so they could get back to the house. Laura stared. Up in the old willow, she could see all the chickens sitting on branches. There must have been dozens of them! The branches were hanging low from the weight of their sleeping bodies. “Jen, come down, we have to go back to the house.” Laura implored her sister.  “I think it’s Papa in the coop, and he is practising that dance he likes. Remember, I think it is called Ball Room Dance? He wanted to share his videos with mom so she and dad could go out dancing together.  We better not disturb him and we don’t want to get caught being out this late.”

They made it back to the house just as Mom was coming downstairs to check on Dad,  “What are you two doing out of bed?” She asked.
“Nothing,” the girls sang in unison. “We uh, umm, we just wanted to get some water!”
“Water my eye, now get back to bed before I….”
Kids in a blur up the stairs… 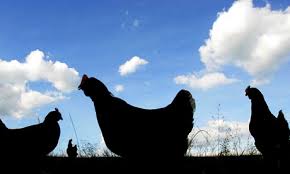