I am sitting in the police station in  Atlantic Highlands, I am 17 years old.  The police seem polite enough, but questions I have already answered several times already are being fired at me again and again.  I am cooperating, really, but this situation was sticky from the beginning: 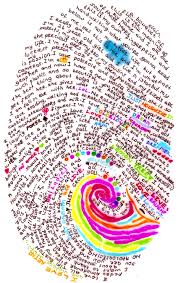 I was a high school senior when I told my mom I was moving out.  I moved in with my boyfriend, Artie, into an apartment house on the water in Leonardo N.J.  We had been dating for about a year.  My family adored him.  But, I did move in with him (against my mom’s wishes) and we both had jobs and I was still in my last year of high school.  In April of that same year, my mom died unexpectedly!  There were still 3 siblings living at home.  My sister Bambi who was 14, John, who was 10 and my little sister, Cyd who was just 7 years old.  When she died, the family split up.  I was already “out of the house” along with my 2 older sisters, Shelly and Mindy.  So, Bambi went to visit our father in California, Cyd went to live with her dad in Red Bank N.J. and John got sent to a foster home in the pine barrens of N.J. with a friend of my mom’s.  They say kid’s are adaptable, John would have to be, he was living with a stranger, sleeping in her basement with half a dozen show cats and he was allergic to them.  I begged my grand mother to let Artie and me take him in but she wouldn’t budge on her decision to leave him where he was.  I wasn’t able to take guardianship of my brother until I turned 18.  So, I visited him as often as I could until then. 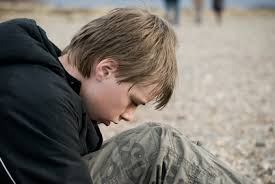 I loved my home I grew up in, in Atlantic Highlands.  It is a beautiful 3 story Victorian built in 1865.  The house and property were my haven and stability through out my growing years.  Even though I moved into an apartment, I still came home to visit and see the family.  When my mom died, I went to the house and watched my older sisters “claim” the things they wanted from my mom’s estate.  One took my mom’s 4 poster bed (that was promised to me) I reminded my sister of that fact, but to no avail. 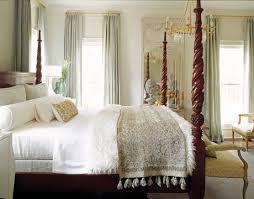 and the other sister claimed furniture and rugs.  I ended up with an old picture I had always loved and no one else seemed to notice.  It was an oil painting of a seascape hanging in the entrance way near the winding stair case.  I also found an old brass lamp hiding in the basement that I had always had my eye on.  Possibly it was still in the basement because my mom thought it might get ruined if brought out and displayed where all the kids were. 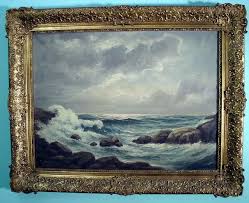 I continued to check in on the house which by now was almost empty of everything that wasn’t nailed down.  It felt odd in the absence of the familiar furnishings, rugs and paintings. 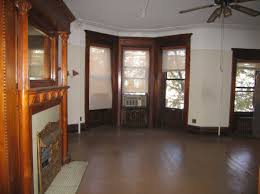 One day I went in to check the house, and I noticed that one of the fireplace mantle pieces was pried away from the wall and leaning against the open pit of the fireplace!  I quickly searched the house for any other damage (there were 3 fireplaces on the first floor, 2 on the second floor, 1 on the 3rd floor and 1 in the basement) and saw no other damage.  All the mantles were made of Bird’s Eye Maple (except for the basement which was brick).  I always admired the beautiful woodwork!

There was a crow bar lying near the mantle.  I was dumbstruck!  I was confused, angry, scared and finally determined to protect my home.  I went to the police in town.  I told them all about my mom’s death a couple of weeks prior and that I was keeping an eye on the property from time to time until my mom’s estate was settled.  I made them come up to the house to see what I had seen.  They did, and afterward told me to leave it up to them, that they had heard of a group of “bandits” for lack of a better word that were stealing from the abandoned and seasonal homes in the area.  They assured me they would be able to catch this group of individuals using my home as bait!  I wasn’t too comfortable with this statement or their plan and I told them so.  It fell on deaf ears….

I went home to my apartment that afternoon and told my boyfriend what had happened.  He consoled me and after dinner asked if I wanted to go out and party with some friends.  I said, “No, I plan to go to my house tonight and watch to see if anyone comes to claim those mantle pieces!”  He tried to convince me that I didn’t need to do that since the cops were already involved and they were surely taking care of everything.  I didn’t buy it.  This was way too important to me to leave it to the police.

He agreed to come along.  I wanted to sit in the house and wait up, but he suggested that we sit in the car, and if anyone came we could go to the police a little quicker since we were already in the car. (no cell phones at that time) That made a little sense I suppose, so I agreed.  He had brought along a few beers and a joint to smoke.  I said no thanks to both, but he pressed the issue so I drank a beer and took a few hits off the reefer.  I watched the house for as long as I could, but before I knew it, I was asleep….. 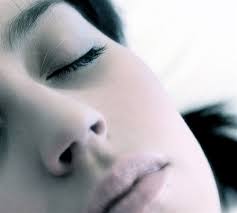 I woke up in the car with Artie by my side at about 6am.  “Oh Shit!” I said “Artie, wake up! We fell asleep!  We have to check on the house!”  I ran up to the house and into the back door.  The mantles from the downstairs fireplaces were all gone! and so were 3 of the most beautiful stained glass windows from the living room and entrance way!

I stood there looking at the gaping holes of the window less panes and the stark emptiness of the 3 fireplaces without their mantles.  I felt deflated, so completely let down and sick inside to think that someone would do this to a house.  My home had been raped.

I cried and Artie held me.  After the emotion had passed, I surged past him and went to the car to go to the police station.

“What the hell happened?!” I admonished.  “My home has been broken into, defiled, and you did nothing!  I told you all about it!  You said you were going to take care of it!  Where were you last night?!  How could this happen?”

They asked me some questions about the incident again and again and this is when they put Artie and me into separate rooms and pulled out an ultra violet light and passed it over our clothes and body.  I had lots of blue residue on my fingers, my clothes and shoes!  “What is this?” I asked.

“We dusted the house with a special powder after you reported the damage to us yesterday.  It shows up with an ultra violet light if someone touches it.  You have it all over you.  Your boyfriend does not.”  He stated calmly.  It took me a moment to register the idea.

“How could I have it on ME? Why would I rip off my own house?  Do you think I had anything to do with this?”  I stammered as I struggled to control my emotions.

“We don’t think you did this, but you must have been in the house after we dusted it and before the antiques were taken.  Were you?”

“No, absolutely not!”  I said.  “I believed you were going to do something, but I didn’t want to leave it completely up to you, so I stayed up all night to watch the house from the street in my car.  But, I fell asleep around 2am and when I woke up at 6am, it was too late, everything was gone.  I just don’t get it….”

“We will look into this further young lady, now why don’t you tell us again what happened.”

“Uuuuuggggghhhhh!”  I was so frustrated!  They finally let us go after an hour of interrogation and after going up to the house to see for themselves the damage that was done.

Artie and I returned home, I was a mess emotionally and mentally.  I couldn’t wrap my head around what had happened.  Why hadn’t Artie gotten any of the powder on him?  We were both in the house at the same time when I showed him the mantles.  I cried for the loss of my homes beauty and my inability to protect it.

The estate got settled, it sold for back taxes!  The culprits of the stolen antiques were not apprehended. The old homes were still being broken into and robbed.  Artie and I got married and lived in the little apartment by the water.  But, something was not right between us after that night.  I couldn’t completely let go of the fact that something was fishy here.  That I didn’t have all the facts.  Either the police were involved in the robberies or Artie was.  It turned out to be the latter.  I didn’t find this out until many years after our divorce.   We were only married for a year.

Artie comes from a large family himself.  There were 8 children in all.  He lived on the other side of town across the rail road tracks, and it seemed his brothers were literally from the “other side of the tracks”.  His 3 older brothers were the ones who were stealing from the old houses in town to get money to purchase drugs, among other things.  The pot I smoked that night was laced with something to knock me out.  It was Artie’s job to keep an eye on me while his brother’s stole from my family’s home.  At some level I knew deep inside that this must have been how it happened all along.  It just confirmed my suspicions.  He had lived with us when his family kicked him out at 19 years old.  He was loved and treated with respect by my family and he was a really good person.  He just had misplaced loyalty.  That is how I had to look at this whole incident to be able to put it behind me. I have had other relationships since Artie, and the next marriage lasted 21 years!  But, I have to admit that after a betrayal like that one you tend not to trust as easily. Sadly, even now, I find myself relying mostly on Me, Myself and I…..